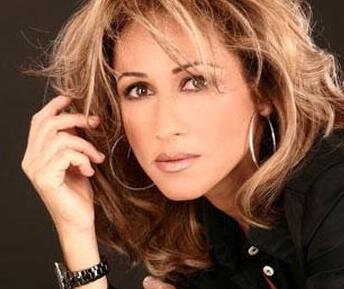 Pascale Etienne Sakr (Arabic: باسكال صقر) is a female Lebanese singer. She was born in Zahlé, Lebanon to Maronite parents. She performs a leading character in many musicals.

She is also the daughter of Lebanese nationalist Etienne Sakr and to Alexandra Sakr. She is the oldest of 3 children and her younger sister is also a Lebanese pop star Karol Sakr. She started singing at a very young age. Her repertoire includes many languages including Lebanese Arabic, French, and English.

Pascale Sakr has also been active in theatre she has starred in lead role of the play Wadi Chamseen and Sawret Chaab.

Pascale Sakr is married to Karl Zacca and has two children, Alexander and Annabel.

More in this category: « Hadi khalil Hanine »
back to top