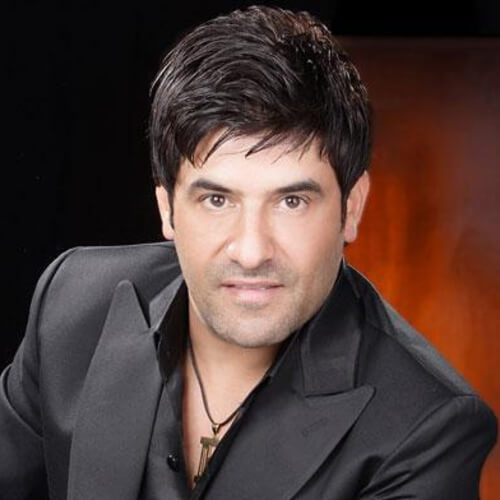 Since he was young, he made his way into the music field and continued singing for a very long period away from the lights of fame.

Professionalism started after 10 years of continuous work, exactly in the year 2000, with the release of his first album "Kafeit Wa Wafeit" after that was the release of his second Album entitled “Ghmartini Blotfik”. It was an unprecedented success.

In the year 2003, Rida signed with Rotana, with whom he released the following: “Radi”, “Aallem Waladak”, "Wadaatini”, and “Aadda El Omr”.

In 2007, Rida left Rotana. Yet, he released a new single “Kebert Ya Zghayyar”, followed by "Ana Bataallem Mennak" in January 2008, and recently, a successful duo with Rajaa titled “Maa Baad”

The artist is so active in Lebanon, the Arab and the foreign countries, that he’s in a state of travelling most of the time.

More in this category: « Wael Jassar Ragheb Alama »
back to top