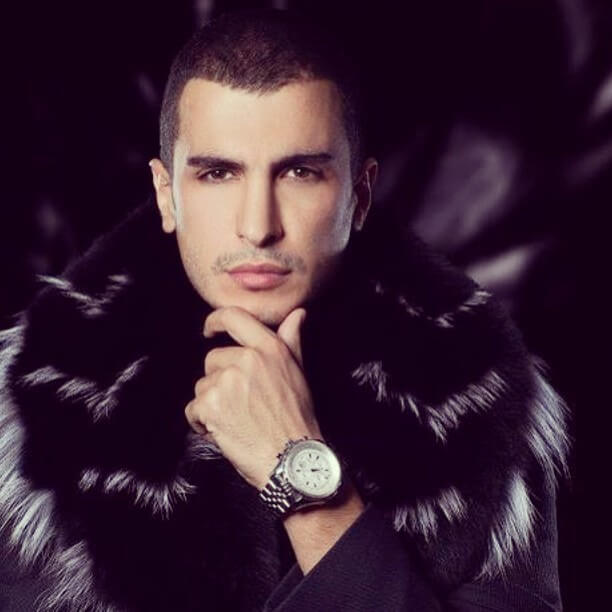 Bachir Sassine Is a Lebanese artist. He inherited a beautiful voice from his mother, who influenced him. He has always got the main roles in the theater plays, and sang in all the concerts organized by his school. In order to work on his talent, Bachir started taking lessons in music, and he always got the support of his family. Bachir had his first professional steps in the art world after releasing his first song "Ma Baarif Esbah". After that, He presented a successful duet with the lady Madonna entitled "Malla Jil".

Afterwards, Bachir released many songs like : "Ya Emmi", "El Bent Dia", a duet with Madonna "Mabrouk El Eres", another duet on the occasion of the election of the Lebanese president Michel Sleiman "Ballach Eidak Ya Lebnan". He also released other solo songs like : "Ana Metfael Aan Jadd", "Fajaeteni","Ghmorini Ya Emmi", "Ya Habibi La Tezaal". He collaborated again with Madonna in the song "El Leila Helwa", which was re-arranged by Said Mrad. Bachir released also the song "Sharikat Hayeti" and lately he filmed the video clip of the song "Meshkalje" and "Rajaani Hawaya".

More in this category: « Latifa Layal Abboud »
back to top