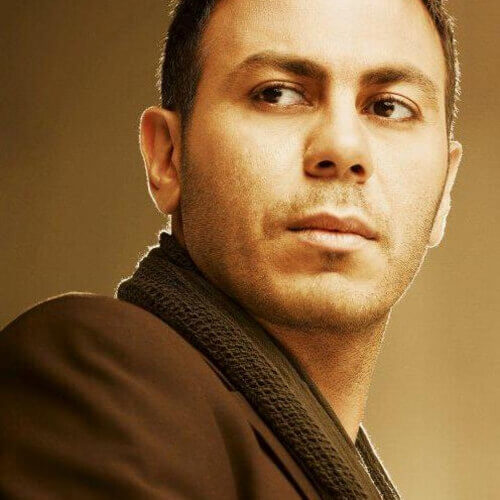 His love for Arabic music started very early on and he took courses at the Lebanese Conservatory of Music while attending school.

Ghady start out singing in several restaurants and nightclubs, then he took private lessons in oriental music and opened his own restaurant where he had the possibility to sing every night.

His career was launched in 2004, when he released his first single "Dakhilak Oud ", with this initial success, he was encouraged to create a second video clip, "Biky Dam," which ranked first in several television and radio channels.

Ghady was always very active, on top of releasing 4 singles and their respective video clips, he participated in many festivals in various regions of Lebanon (Dhour Choueir, Byblos, Batroun, Ein Ebbel…) as well as in Syria and in Dubai.

More in this category: « Iwan Fady Harb »
back to top