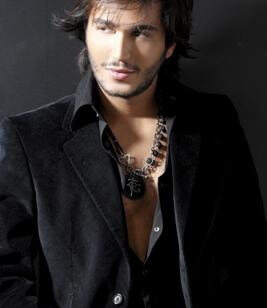 Georges El Rassi was born at Baabda, Lebanon in 1980 into a distinctively artistic family.

Georges El Rassi has since archived great popularity and success at other Lebanese clubs such as "La Fortuna" and "Al Atlal", as well as in a number of touristic locations such as "Medraj Safra" and the "Yasmine Festival" at Hadath.

In July 1995 Georges released his first hit "Min Ya Habbibi Min" This was followed, in August, by appearances at the "Mayrouba Festival" with "Chahroura Sabah". Following this was the success of his second song "Min Ghader El hob”.

After that he started recording albums  “Wala Yomkin”, “Sahar El Leil”, and “Jay Te3tezir”. Georges continued his Musical career by releasing Hit singles one after another, some of which are “Inta Ikhtiyari”,”Inta El Hob”,”Hob Majnoun”, “La Ouyounak Habibi”, and ”Men Yom Hawak”.

And after an absence of four years Georges signed a contract with Jaroudi Media production house and he released his new song “Temrok Tetghandar”. Georges is now working on recording more songs.

More in this category: « Hanaa El Edrissi Dominique Hourani »
back to top