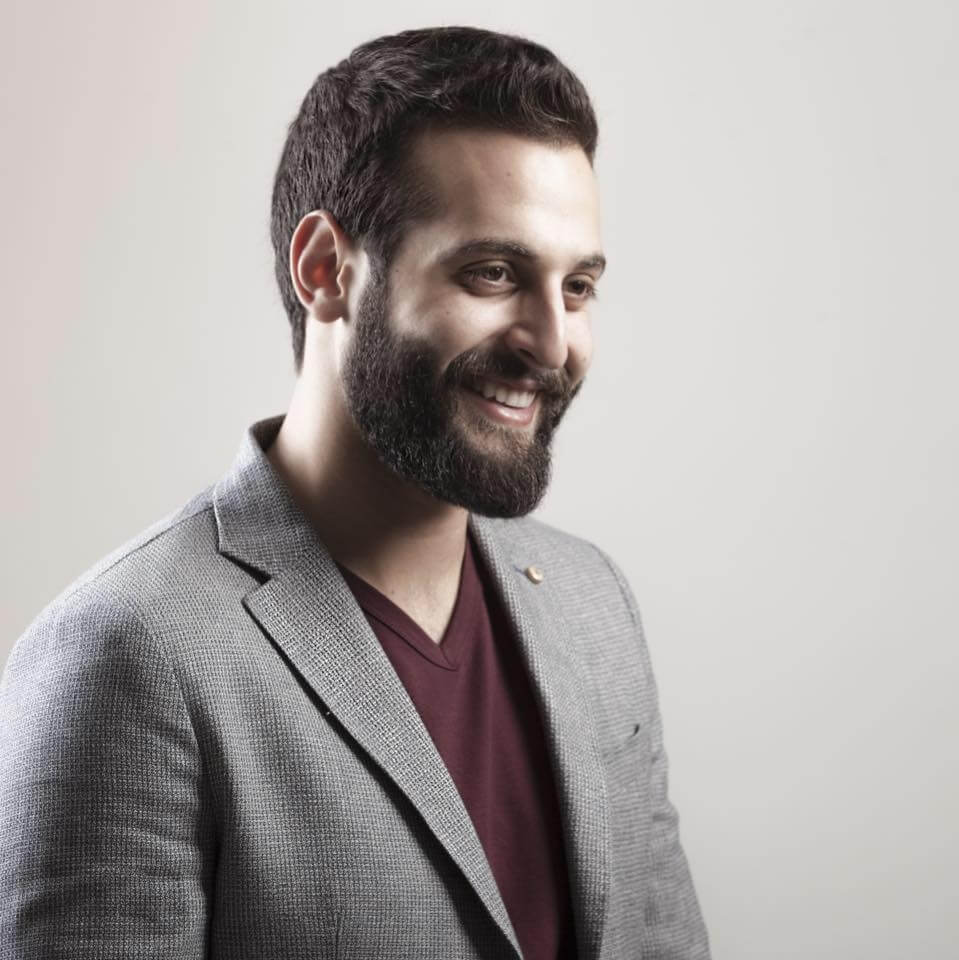 George Nehme was born and raised amongst a family of musicians. At eleven, he shared the stage with Lebanese Icon Wadih El Safi. His musical talent was immediately recognized by Ziad Rahbani who made him the lead singer in many of his concerts. He toured with Lebanese Icon Fairuz as backup singer and soloist, and as an actor in the Rahbani Brothers' musical theater “Sah El Nom – النوم صح”.

In 2008, George formed his band which quickly developed a fan base by creating a unique and lively musical atmosphere which is appealing to people of all ages.
George studied music at the Holy Spirit University of Kaslik. He took advanced courses in piano, oud, oriental singing, music history & analysis, orchestration, harmony and solfège. He also finalized his Master’s degree in Cinema.
In 2013, he became a member of the “OK World”, a group of internationally recognized musicians performing world music and blending ethnic music from several cultures. They released an album and toured in Europe performing at the “Oslo World Music Festival” in Norway and “La Mar de Musicas” in Spain.
George wrote original scores for many short films and visuals. He recently composed with his sister Abeer original tracks for the Abu Dhabi International Book Fair which were recorded with the Bulgarian Philharmonic Orchestra.
George was also the director of the second season of “Ethnopholia - الشعوب موسيقى” a documentary about ethnic music and culture. It was shot in many countries like Hungary, India, Egypt, Morocco and Italy. Throughout his travels, George interacted with international artists enriching his musical experience.
He released in 2016,"Ya Tafida", which was his first single was written by Nabil Abou Abdo, composed by Ziad Boutros and arranged by Dany Helou.

Followed by his latest release “Btetzakari” which was written and composed by George himself and arranged by George Kassis.

More in this category: « Laury Haddad
back to top