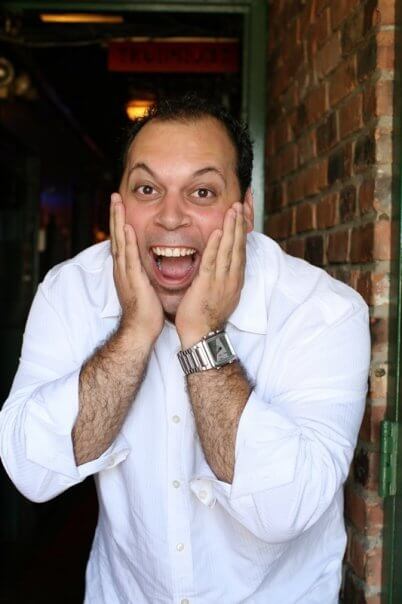 Amer is an Arab-American stand-up comedian and writer. Drawing on his experiences growing up as a child of Palestinian refugees, he finds the humor in everyday cultural situations. As a Palestinian, politics also fall victim to his comedic ways.

He produces his latest tour, "Where Are You From From?" where Amer starred with Ahmed Ahmed, a founder of the world-acclaimed "Axis of Evil Comedy Tour."

He has performed on stages & festivals worldwide, and produced and headlined in 2 of his own comedy tours, "1001 Laughs Comedy Tour" & "We're Not White!"

Amer also writes and speaks widely on political and social affairs, and has appeared on radio and television, including ABC's "Politically Incorrect with Bill Maher."

Amer has performed throughout North America & the Middle East.

More in this category: « Keith Thompson Tony Abou Jaoudeh »
back to top