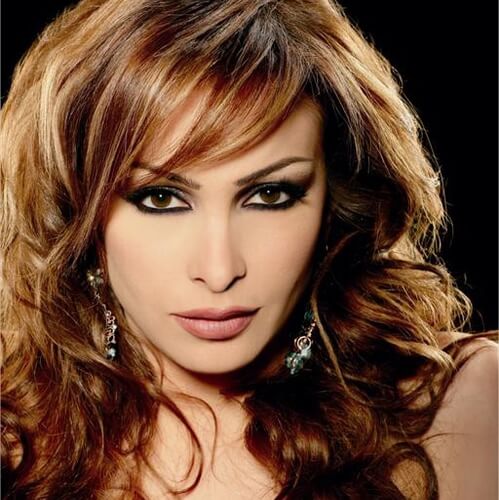 During her fast rising career Amal Hijazi, who initially worked as a model, has proven her excelling voice. Her ravishing Pop-star appearance fascinated the Arab world. H

Amal's first single was called "Halan", it was followed by her second single "Rayyah Balak" one year later, for which she also shot a music video. On the same year her debut album "Akher Gharam" was launched.

Her second album “Zaman” was released in 2002 with even greater success. The album released four number one hit singles, "Zaman", "Oulhali", "Einak" and "Romansyia". A third album “Bedawwar A Albi” was released in early 2004 followed by the release of her fourth album “Baya al Ward” in 2006.

Amal released her much awaited Gulf single "Nefsy Tefhamny" in 2007 after which she released her fifth album “Keef el Amar”, and final album “Waylak Mn Allah”.

More in this category: « Ayman Zbeeb Majed El Mouhandes »
back to top